You are browsing a mirror of a file hosted on GitHub. View original

Users may want to migrate:

This is a very poor user experience — especially if a user is trying to migrate to a hardware wallet.

To do this from the frontend point-of-view, the only hard part is coming up with an icon. Here is a draft for a possiblity I made. 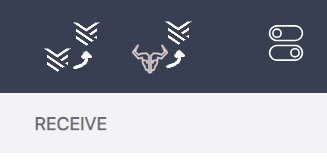 I think we need to change the Daedalus migration since

However, Yoroi → Yoroi is possibly doesn’t convey the right message since you would be able to use this feature for any wallet that uses the V2 address scheme. Therefore we may want to use more generic icons such as

Instead of having two migrate features, we have a single migration feature instead. Depending on the length of the mnemonic, we judge whether or not the wallet is a Daedalus wallet. The problem is it may be less clear for the user this is how to migrate Daedalus wallets.

The send all feature in the Rust library (to send the user’s entire balance with no change address) needs to be ported to also work with V2 derivation scheme addresses.